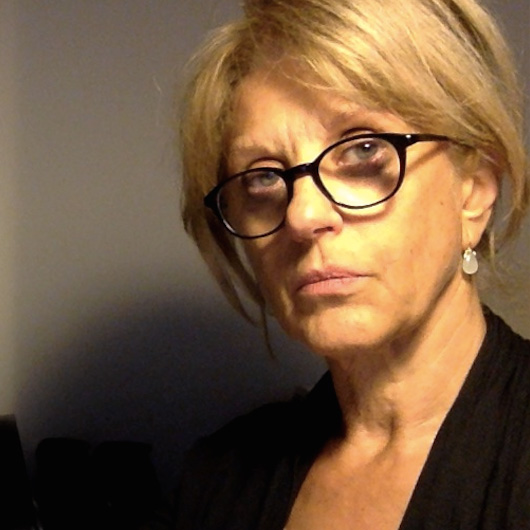 “I believe that artists carry a huge responsibility. They can give value to things, they deal with an imaginery. Everything that is not narrated loses value, like it doesn’t exist. That’s why, in the last years, I decided to focus on stories based on female characters. For example, one of my last plays is “La Maria dei dadi da brodo” (Maria of the stock cubes)[…].  This idea, originated by a practical need, brought to the development of a machine that has become widespread worlwide. Everywhere there’s a factory of stock cubes, the product is produced for 70% by the machines of “Corazza” firm, thanks to the original idea of this woman. In “La Maria dei dadi da brodo” I have narrated the work of women. There are many other examples, many other “Marias”, like the “Marias of Silk”, which created the city planning of Bologna.[….] until women must carry the huge task of procreation, the choice between work and family will continue to be terrible.[…] A change of roles, a change of mentality and a change of imagination is inevitable.We need to create laws and tools more suitable for women.[…]For example, nursery schools in the factories… I know that the creation of these tools is expensive, but the decision of giving up to the whole female intelligence is an high cost too. I believe that we have to change mentality, change laws, change organization and working times.To this purpose, technologies can be really useful. I am staging right now a play that features the story of two women, scientists and artists, lived in the mid-18th Century. The first is a wax modeller from Bologna, Anna Morandi Manzoloni, who has discovered the bond between gesture and brain activity. The second character is Madame Émilie du Châtelet, a French illuminist remembered mainly like one of Voltaire’s lovers, despite her activity of diffusion, translation and comment of Newton’s “Principia Mathematica”.This is the attitude and the imaginary that we must change.