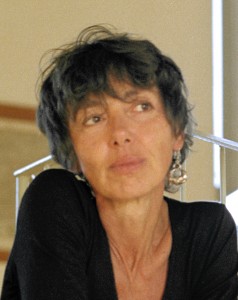 Annamaria Testa studies and writes about communication and creativity topics. She is the owner of Progetti Nuovi. She has been a registered journalist since 1988. She contributed to several papers and magazines and collaborated with the Italian public broadcasting company RAI. She has often worked on political communication topics. She taugh at Università La Sapienza in Rome (1994-95), the Università degli Studi in Turin and the Università degli Studi in Milan (2001-02), the Università IULM (1998-2006). She has been teaching fellow at Bocconi University (Milan) since 2007.

Blog: http://nuovoeutile.it
1. What’s your field of work? And how did your job change in the last few years? How did new technologies influence your job? What are the challenges and what the opportunities?
I deal with communication, writing and creativity. My job consists of helping enterprises to communicate better and to have more effective communication tools. I wrote several essays. I teach at the University since 1994: first at La Sapienza University in Rome, then at the State University of Turin, at the IULM University in Milan, and since 2007 at the Bocconi University in Milan. In 2008 I founded a blog, www.nuovoeutile.it, to disclose and explain many different creativity and communication topics. The blog now has a great success. Every week I write for the website www.internazionale.it . New technologies have helped my job in many ways, from the most basic (typing is less wasteful in terms of time than typewriting) to the more complex: for instance graphics have been completely changed. In addition, the web allows an immediate access to information that was previously impossible …it offers an endless image catalogue…Finally, the web itself, as new medium of communication, expands my professional sphere. Without the web, for example, I could never launch an initiative such as #dilloinitaliano.
2. Sharing economy, green economy, knowledge economy, shared values. How do you read this kind of phenomena? Are we really questioning the capital’s concept?

Perhaps we should question some dynamics belonging to the capitalistic economy (especially some financial deviations) and some yardsticks (such as GDP) rather than the capital’s concept itself. I don’t know if the Millennials will question the foundations of capitalism or if they simply won’t worry about this, by inventing new strategies about work, life, possession and sharing. We are in a post-ideological era and so I would be inclined to the second possibility. Regarding risks and possible negative implications of this change, I’d say, “yes, they can happen”. But also not to change is very dangerous and has maybe more negative implications. I imagine that there will be a fast and substantial shift of the paradigm on which we build our social organisations: as for example, from production machines to “complex ecosystems which depend on the maintenance of likewise complex balances”.

3. In Europe, the crisis of the capitalistic model has lead to the appreciation of some social balance: climate changes, technological innovation, more citizen/consumer participation in decision making. These bring us to adopt a more sustainable and ethical behaviour in society. This phenomenon, that is involving every European country, is like an invocation to social innovation. But what does social innovation mean to you?

Nice question! I think it means the way in which a society perceives, considers and “reads” itself and its becoming, in order to change the way in which it chooses to rule itself and to be more effective in terms of social well-being, balance in resources allocation, care about environment and quality of individual lives. In order to activate this process, the lever of communication is strategic.

4.How is communication changing and how is it inserted in social innovation processes?

Communication never changes all at once: new trends get mixed up with old style communication. In terms of social change I think that practices related to the gentle nudge, if correctly applied to the right fields, could set aside some nice surprises. But we shouldn’t forget that, for instance, even a law “is” communication. Today a greater attention is paid to transparency and clearness; this surely leads to a wiser and more conscious use of language.

5. Do you observe in your job an increased awareness by contemporary consumers regarding the intangible content of a product (sustainability, consideration of social values, etc.)? How are business models changing regarding this? How does industrial marketing change?

Yes, citizens are certainly more attentive. Some companies are changing spontaneously. Most of them change only if and when they are put under pressure. Regarding business models: it is impossible to generalize. . I can only say that, since some years, certain terms and concepts regarding CSR (Corporate Social Responsibility) entered into language, and hopefully also into the cognitive panorama of many big companies. Marketing follows this tendency, sometimes with certainty, sometimes in an opportunist and specious way. But, for example, it is undeniable that in the last years there has been a big change in the packaging styles: reduced volumes in packages, lower environmental impact, lower costs for companies, higher customer satisfaction; and usually nicer packages.

6. How did the passage from consumer to prosumer change the perception of messages? And of truth? How does the role of communication change in the construction of a collective perception?

Today we can’t think anymore of an unidirectional communication. Therefore in the construction of any communication project we have to consider the possible active feedbacks of the audience. Which surely are definable, but only up to a certain point.

The possession of adequate cultural tools is a precondition to fully express your own citizenship. The co-decision process cannot exist in absence of a meaningful and adequate information flow. And this brings to another important issue: misinformation, or web use to spread toxic communication. There is a recurring international debate regarding the balance of individual freedom and appropriate control instruments.

8. What does “gender equality” mean today? In your opinion, does a gender theory exist? What is the contribution that your “being a woman” offers to your work? And is it a problem or an enrichment? How is perceived by the team you work with? What will be the women’s role in a possible change?

Being a woman is a part of me and I think that how I work is because I’m a woman. It has hardly ever been a problem (and if it is, at this point I got used to it). Regarding the gender theory: there is a lot of different and not converging reasoning about gender equality and gender diversity. I wouldn’t say that today there is a monolithic “gender theory”: people who believe in its existence are those who are afraid of it and transform the equality issue in a sort of bad ogre that determined to subvert the “natural order of things”. A greater access to education for women, as occurred after the Second World War until today, simply doubles the quantity of intelligence available in the world, by multiplying its forms and expressions. For sure, I am expecting that all this will change things and will make them better.