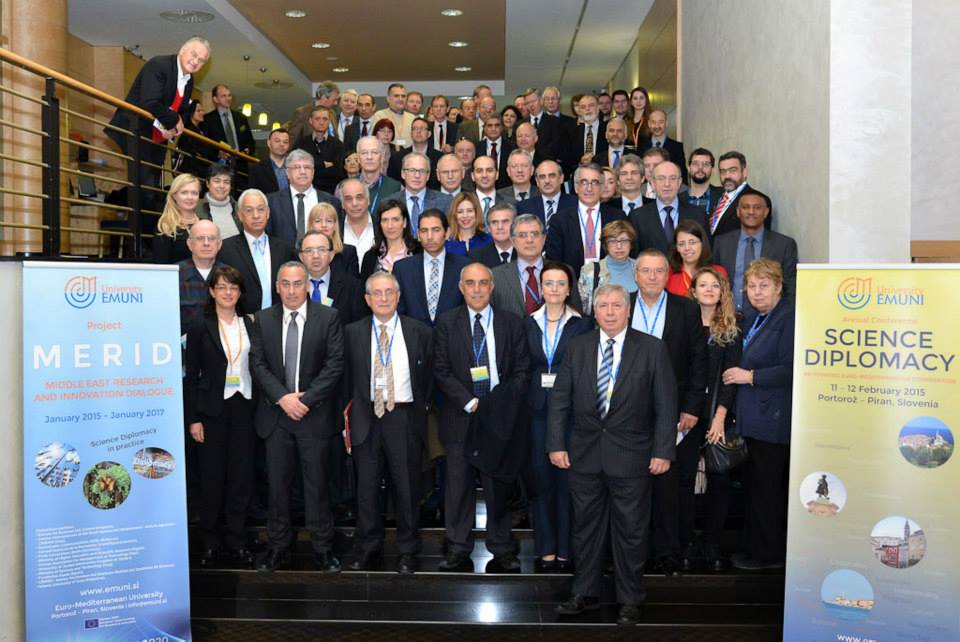 The MERID project, starting in January 2015, is an example of science diplomacy in practice. It seeks to boost existing collaboration frameworks between the EU and Middle East countries while creating new channels and forging new links, especially with countries that are newcomers to EU cooperation in Research and Innovation. MERID’s ultimate goal is to employ Research and Innovation as channels for intercultural dialogue, understanding and reconciliation.

MERID involves diverse partners from the European Union Member States, in addition to Egypt, Jordan, Lebanon and Palestine as well as Iran and Iraq. Participation of the latter countries is of particular importance as the MERID project will represent the very first attempt to systematise support to the policy dialogue and engagement of research communities of Iran and Iraq in the EU’s actions and in particular the EU’s programme for Research and Innovation “Horizon 2020”. The MERID partners were carefully selected to embrace relevant stakeholders from diverse backgrounds representing the different sectors from research governance organisations to the civil society, including also academia and the business sector.

MERID adopts Science Diplomacy as a tool to deliver long-term impact and structuring effects on cooperation between the EU and the Middle East region. Its focus is primarily on the direct cooperation among researchers and policy makers while striving to establish preconditions for fostering joint research projects and initiatives with the EU. This will be achieved by facilitating and creating framework conditions for international cooperation and increasing coordination between policies and programmes.

It is worth mentioning that the MERID project, under coordination of EMUNI, was chosen for funding among ten competing projects focusing on intensifying and encouraging research and innovation cooperation between the EU and the Middle East region along the first call of the EU H2020 programme for Research and Innovation.