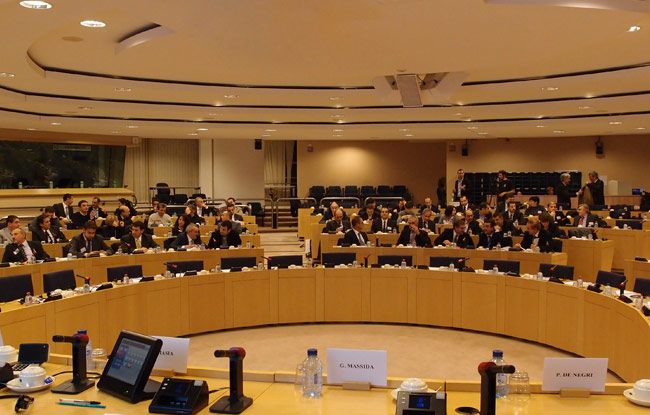 With the collaboration of the Alliance Internationale de Journaliste, S-com joins the campaign for the media pluralism through a new tool of democratic participation.

The freedom and pluralism of the media are under attack in Europe. The erosion of the right to independent information, free and plural is a threat to the exercise of citizenship. But it is a right and European citizens can claim it, by signing today in support of the European Initiative for Media Pluralism. We ask Europe, thanks to the new instrument of direct democracy envisaged by the Treaty of Lisbon, the European Citizens’ Initiative, to safeguard with common  and binding rules the right to an independent and pluralistic information as it is stated  in the Charter of Fundamental Rights of the ‘European Union. Italy for too long has been a negative example, with a public broadcasting service subject to the policy, the mixture of economic, political and media permitted by law have legitimized a conflict of interest almost unique in the world. And unfortunately we did school: the worsening of legislation in our country was followed by moves too restrictive in others, such as Hungary, Bulgaria and Romania. Even in a country with a mature media such as Britain, the ongoing investigations on the Murdoch group are demonstrating how democracy suffers in situations of excessive concentration of media. The European Citizens’ Initiative for Pluralism and Freedom of the Media, which brings together more than one hundred associations and civil society organizations across Europe, it is also supported by several newspapers, of personalities from the world of culture, entertainment, policy and universities. The ambition is to mobilize citizens to demand the commitment of the European institutions in support of civil rights and fundamental freedoms.

What it is asked:

1) Effective legislation to avoid concentration of ownership of media and advertising;

2) a guarantee of independence of control in relation to political power;

3) the definition of conflict of interest so that the moguls of the media occupy high political office;

4) European monitoring systems clearer to regularly check the health and independence of the media in the United States.

For this is necessary to  reach one million signatures, a number that will allow the Initiative and all citizens participating in the campaign to open a new legislative process at European level. Sign is simple and can be done online by following this link

Join us to defend your rights, signing an online reservation today!