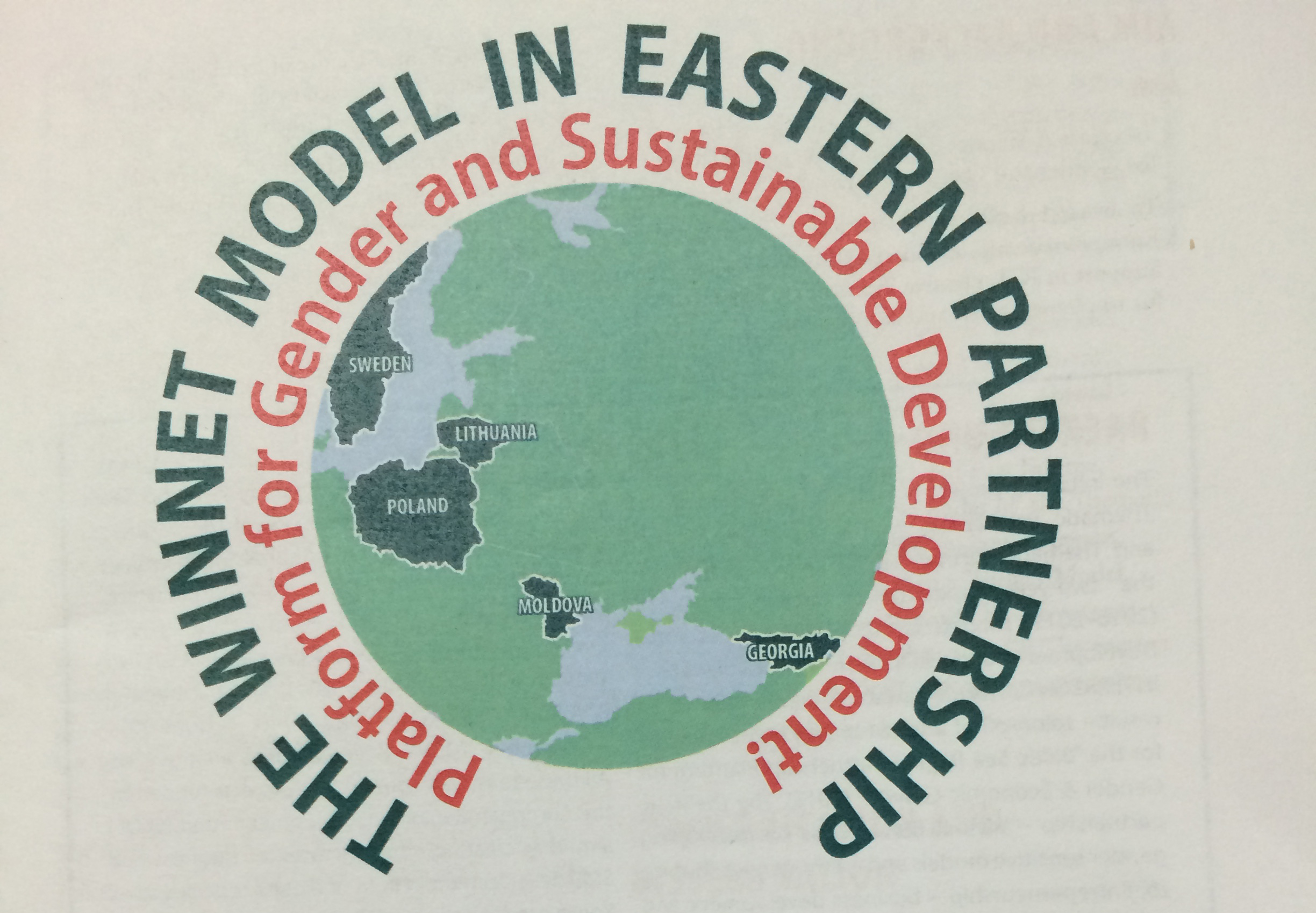 “Winnet Goes Est” project was built on the results of the Thematic Partnership Winnet Baltic Sea Region ; the latter has focused on Gender Equal Sustainable Growth, particularly in the field of entrepreneurship, business, innovation and information and communication technologies, by considering gender equality as a driving force for social change and economic growth. The result is the Winnet Model, which includes a strategic partnership platform of cooperation with a multi-governance perspective, and which mainly operates through the organisation of round tables, seminars, meetings, conferences, workshops, the action of the Winnet Center of Excellence and the creation and implementation of other Women Resources Centers. The Women Resources Center, in general, are centers of researchers and practitioners supporting women in innovation and sustainable development, with the purpose to increase the number of women participating on equal basis in economic development and growth, on both regional and local levels. They are developed on the basis of local needs and conditions, and their function is to empower women, to be neutral meeting places for networking groups of women, to be a center of information and documentation and to give women advice as to the way of proceeding with their projects or business ideas.

Whereas the Winnet Center of Excellence  is an international network of researchers promoting teaching, policy making and research on gender, innovation and sustainable development. The Center documents, analyses and disseminates the experiences emerged from Women Resources Centers   in Europe; in particular, the Center has created a series of annual publication – the Winnet Center of Excellence Series – which collects articles about women and gender issues, from different points of view, mainly related to economic subjects. For example, the first number, published in 2016, was about inequalities in management and economics and the second one was about the development of “women and management”. The next number will be published in 2018 and it will deal with sustainable development; if some of our partners are interested in submitting an article for the publication, her/his contribution would be welcome.

On this basis, “Winnet Goes East” aims to create a Winnet Eastern Partnership Platform for Gender and Economic Growth. The partnership involves Winnet Sweden as the coordinator, partners from Poland Lithuania, Moldova and Georgia and Winnet Armenia as an associated partner. The final conference of the “Winnet Goes East” project was introduced by its coordinator Marie Soderberg Torstensson,president of Winnet Sweden, who stressed the importance to implement gender equality in East Countries, through positive actions and plans, and presented the actors, activities, aims and results of the project.

After the presentation of the project and its background, two Representatives of the  Permanent Representation of Sweden to the EU in Brussels  illustrated the Swedish political background in matter of gender, and in particular the Feminist Foreign Policy settled by the Swedish Government as a fundamental aim of the foreign policy. This program could be broadly considered as an example of how a general model like the Winnet one could be implemented locally through concrete actions and political plans which adapt to the context of the specific area: starting from a general and  theoretical knowledge it could be understood how to implement policies into different countries, by giving free hands to local institutions and governments.

They also remarked the straight connection between the involvement of women in the labor market and economic growth, and they noticed how it’s easier for the public institutions at all levels, and also for private companies, to agree on the need of women economic empowerment than on other issues related to gender and women’ rights – due the common misconception of feminism. Finally, at the EU level, they work to incorporate gender equality in every external action and policy.

Then, all the Representatives of Winnet partnership from Lithuania, Armenia Georgia and Poland presented their involvement, researches, concrete actions, plans and results.

A particular attention was given to the Success Team method , a program developed from 2011 to 2014 with the aim to strengthen the position of women entrepreneurs; its actions consisted mainly on supporting participants through the creation of new networks and cross-border connections; motivating and supporting each other within the team; improving participant’s abilities to start up and manage a business. Another fundamental step for the development of Winnet Model has been the creation of the Winnet Center of Excellence, in Poland, thanks to the support of the University of Szczecin, Faculty of Economics.

To conclude, the Representative of the Swedish Permanent Representation to EU, Yomi Renström, and the Mayor of Ovanåker Municipal, Sweden and Member of CoR, Carina Larusson, gave their recommendations for strengthening the Winnet Model Platform in Eastern Partnership regions, by underlining again the crucial need to integrate gender issues in growth concerns both at transnational and local level. On the first side, decisions that concerns EU Countries would have to contain gender perspective; on the second side, one of the proposals was to work locally and in concrete, following the example of Sweden institutions that has mapped several municipalities in Sweden to learn about problems related to gender issues and economics.