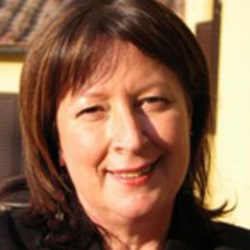 Are we facing a social change? In your opinion, what are the main challenges and the main opportunies of this moment?
The main new challenges, besides globalization, relate the concept of “liquid society”, with the loss of the traditional points of reference and professions and, in the same time, with the rise of individualism, which affects affective stability, family and the possibility of receiving a stable education. A society characterised by the feeling of uncertainty which needs a change. In my opinion, the main chances are in the individual reflexivity, in the acquisition of knowledge. We have to overcome the lack of hopes which affects the NEET generation; young persons unemployed and even unskilled because of the abscence of trust in the possibility of finding a succesful job. The right answer to this situation of confusion and loss of confidence should be sought in the individual ability of enhance its own skills.
Social innovation: what does it mean for you?
There is no doubt that our life expectancies have increased, the same for life conditions. We just have to look at the past century to see how the situation has improved, but in the same time this doesn’t imply a bigger well-being of citizens. I believe that social innovation relates the definition of new parameters.

How the enterprises should modify work organization, team work, skills, behaviours and performances to take full advantage from the current technological system (CPS, ecc..) raising at the same time well-being, self confidence and satisfaction of the employees?
One of the first parameters of work organization is the aim for a better work-life balance, which mustn’t involve only women but family in its entirety. The concepts of responsibility, participation, involvement of the employees within their workplace are very important, the employees must feel involved in the development of the enterprise. For example, working in a social enterprise or in a cooperative usually gives to the employer a bigger sense of belonging and participation. Well-being comes from the possibility of choosing its own rhythm of life.

As regards gender, I think that’s important – even through the introduction of quotas, as it has been already done in the boards of many listed companies – to enhance the female ability to be creative and do business. To be fulfilled, these characteristics require that also those who apply for the most important roles could have a certain amount of time to dedicate to family instead of work. Hochschild believes that we have been able to capitalize women but we failed to humanize men and we have to overcome this dicotomy. Thanks to the new technologies, i think that we could do many things in this direction: job sharing, teleworking and many other ways of working, which could allow a better harmonization of our life rythms.

Are the female subjectivities, the different identities still so important in the valorization of gender differencies or is there a sort of standardisation of behaviours, originated by a training formation quite exclusively male, founded on a science with a male attitude? I think we are in a middle of an important debate. Is it still a matter of quantity? We have to believe that a bigger presence of women corresponds to a bigger change? Maybe it’s like that, but i’m not so sure that the single female entity could express some real differences, if we don’t change the social organization – and i mean the organization from the education to the formation. Contamination between natural sciences and cultural sciences it’s very important and the mutual cognitive heritages could create add value. It’s also very important to make everyone understand the importance of human sciences. We need to create interest, try to suggest and choose the fields which are closer to our sensitivity and subjectivity. We have to overcome the so-called expressive choice for female students and specious choice for males. It’s important to put more effort on
motivation and learning methods applied in universities. In my opinion, we should aim to help our young students towards employment. Nowadays, in addition to education contents and training offering, we have to foster young students’ trust in the possibility of finding a good job.