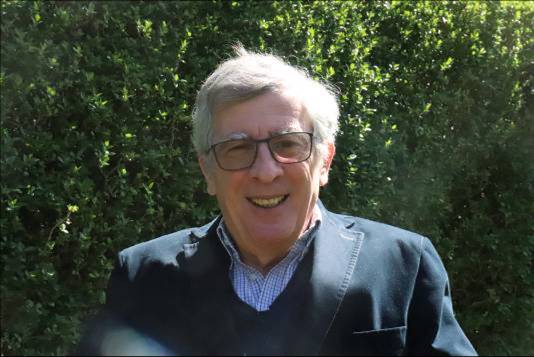 During our project’s launch many questions emerged and even more responses arose throughout the interviews. For logical coherence, we consider worthwhile to start with who is the inspiration behind, and our guide during, our social analysis of innovation: Mr Marcello Aglietti-Zanon, ID Consulting, who illustrates the contest in which our work is inserted.

“The widespread diffusion of digital systems is profoundly changing the relationship between individuals and society. The process, that began about three decades ago, opened the world economy to a progressive revolution by introducing the society’s computerization and digitization: a revolution aimed at succeeding, thanks to its low costs and its high grip on the fundamental expectations of individuals, the production system and institutions. This change opens up new frontiers of closer relationships between industrial production and the final consumer, of information dissemination and potentially of new knowledge, if we will be able to define it, of direct participation of citizens in public life, and all this in world where global and local are connected. In addition, on international level, the European Union will play a role of great strategic importance in the next two or three decades, and this because it’s a market of 500 millions of citizens with high income per capita. And perhaps because of this centralization, the “Europe of culture” could also have a major influence on the world thought, in this time of change. The valorisation of the individual it presents us with the need to reconsider also the processes, that society needs to put in place in order to enable an effective participation of all and a coming back benefit for everyone. Therefore, a serious reflection on the definitions of a new system of values and about an ethical dimension should be conducted. Such a vision will probably be based on the criterion of the person as an entity bearer of dignity and of a set of rights and duties. This demand of renewal can be seen as a particular attention of the triggering processes of scientific, technological, social and cultural innovation. Innovation that seems to be a crucial element for reshaping the global society, where tools of the past no longer find space, because of the changed premises, the scope of application and means to do it. Wars, ideological oppositions of masses, even the aggregation of political parties are and seem to be incoherent answers to the questions posed by the new global information system. And in this context it is possible to structure a different dialogue between men and women, in which the contribution of different visions of problems and solutions become synergistic and not in opposition, at a time when complexity of interpretation really requires an ability of analysis, which opens the door to every sensitivity, intuition and logic. I am sure that this historical transition will bring us the tools to face the major issues increasing in front of us: climate change, industrial revolution and that great social innovation, which will allow us to return the rights of human dignity, of life and of happiness to a big part of humanity today left out.”

Thanking Marcello for his important contribution, we renew @WISE4ALL’S desire to be part of this process by connecting expert women from different sectors in order to find useful solutions and answers for the present challenges.